With the launch of the Lean Kanban University accredited Kanban training program there has been some commentary questioning whether I and LKU have the right to assert ourselves with such authority. These issues are worth addressing. The questioners suggest whether I invented Kanban or own it and if not then what gives LKU legitimacy to trade as we intend to do, offering standardized accredited training delivered by accredited trainers? While these questions are coming from outside the community and it would be easy to dismiss them as coming from disgruntled people with an axe to grind or sour grapes to squash, I believe the questions are worth addressing.

The Kanban Method as we know it today emerged as a process in the software engineering department I managed in 2007. No one person invented it. Instead I created an environment where people were empowered to be creative, innovative and to do the right thing for our various stakeholders. I had previously coached the application of the use of a virtual kanban system on a software maintenance team and that was a starting point. However, the Kanban Method as we know it today with its classes of service and SLAs, its metrics, its visualizations, and many patterns that have emerged for dealing with common project or process challenges, largely emerged in 2007 in an office on 2nd Avenue in downtown Seattle.

My job has been to document it, to analyze and understand it, to put theory behind it, to articulate it, and to evangelize it. By identifying the theory and the patterns I’ve been able to communicate the Kanban Method in ways that others have managed to copy and to reproduce similar sorts of results – often better results.

The theory, the writing, the principles, and the definition of the method are my intellectual property. I’ve chosen to share that information and knowledge widely and to encourage others not only to use it free of charge but to innovate on it and extend it.

In 2008, my colleagues at the time, Jim Benson and Corey Ladas, started to use Kanban to help them manage their own work in our office on the west side of Lake Union in Seattle. I didn’t see a lot of this innovation as I was traveling to clients most of the time. By early 2009, Jim Benson and I had recognized that this variant of Kanban for personal or small team use, to help them manage their immediate tasks, had evolved and was different from the organization level change method my team had developed in 2007. While we’d heard of others innovating in similar ways, for example, one of the team at IPC Media in London reported using Kanban for a home project to build a kit car, it was Jim Benson who categorized, classified and describedPersonal Kanban. This is his work and intellectual property and he has shared it widely and freely with people around the world.

The real value has been in giving the community two methods which have been articulated and described in a fashion that others can learn them and repeat their use. I would not claim to have invented Kanban but I did pioneer its use and I did create the environment for it to develop fully. Beyond that not only did I document it but I developed the underlying theory, principles and identified the core practices that make it work. Jim Benson did the same for Personal Kanban.

So invention is not the issue. It has, however, to be recognized that we did define and describe these methods and that those definition and descriptions are our intellectual property.

Starting in August 2007 working with a small core of enthusiasts I have built up the Kanban community globally. Many actions and risks have been taken to enable this community to grow. I’ve visited countries around the world often where there was little or no commercial case for doing so, other than to envangelize Kanban and to help people and businesses by encouraging adoption. Today that community is numbered in the thousands on 5 continents. We have local meetup Limited WIP Society groups in many countries meeting regularly to share their experiences with Kanban. In 2012, we will host 6 conferences across 2 continents to provide a meeting and sharing place for that community.

With Personal Kanban, Jim Benson has done something similar. The community features many of the same people but also others from other walks of life such as school teachers. The meetups are called Lean Coffee where a meeting format has been adopted of using a personal kanban on the coffee table to facilitate the meeting. Jim has also organized events such as the Seattle Lean Camp in summer last year. These community events serve as opportunities for people to get to know each other and share experiences and learn from each other.

Organizations have been formed. The first was the Lean Software & Systems Consortium and more recently Lean Kanban University. I’ve played a particularly strong role in creating and running both of these.

Both Jim and I have showed significant leadership in creating and fostering healthy communities to encourage learning, knowledge sharing and information dissemination. And the community rewards us by reporting success stories and by continuing to innovate and synthesize other ideas.

I don’t claim any ownership in the idea of adapting kanban systems to software development. The idea was suggested by Donald Reinertsen. I do, however, claim copyright in my own writing and intellectual property. I did create the definition of the Kanban Method and document it such that others could learn from it. The concepts and ideas are freely available and I encourage the community to take them and expand and innovate on them. Others have already done so and have created their own intellectual property. Corey Ladas, Henrik Kniberg and Mattias Skarin have already produced books. These are their intellectual property. Laurent Morisseau and Klaus Leopold both have Kanban books ready to be published. And once again these works will be their own intellectual property. No one pays royalties or licences to expand on the ideas in Kanban so long as their writings are original.

Similarly Jim Benson claims ownership to his Personal Kanban book but the ideas are freely available for the community to expand upon.

Both Jim and I have shown leadership in forming and fostering the community with the help of many others over the last 5 years. We’ve assisted many people to develop knowledge of Kanban and provided places for the community to meet such that people get to know each other and share experiences and knowledge. As such within the community the members know who to recommend and have a good idea of the skills, capabilities and experience of others. Leadership confers a responsibility to use that position wisely.

Recently, I’ve handed over the formal definition of the Kanban Method to Lean Kanban University. LKU will maintain a standard set of definitions and a standard teaching curriculum. The staff, management board and advisory board of LKU will have an influence on the evolution of the definition of the Kanban Method with input from the community and observation of techniques used in the field. It may yet fall to others to write the next chapter in the future of Kanban but somehow I believe that I will have a role to play. I will write more books and again those works will be my intellectual property. Hence, the issue of ownership is always going to be a murky one.My observation is that those who find the need to ask the question are generally on the outside. Those within the community feel a shared ownership of the ideas.

Because LKU contains many of the leaders in the Kanban community and I expect that the next round of membership will only strengthen that claim significantly, authority is conferred on LKU by its membership that constitute it and its governing mechanisms such as the advisory board. The community confers authority on LKU so long as it has respect for LKU’s actions and the members that make it up. LKU is in and of itself a leader and its authority is conferred from the community in respect of that leadership.

Those of you familiar with the Kanban book will know that I reference and credited similar looking work by Arlo Belshee, Jim Shore, Kenji Hiranabe, Joshua Kerievsky and others. Doing so was a professional courtesy but also by acknowledging others doing similar work, it strengthens the arguments for adopting Kanban. Similar work isn’t a threat it is a strength.

The Kanban community has many healthy traits such as encouraging innovation, embracing people with different and unfamiliar ideas and encouraging the synthesis of more and more outside concepts and methods. There is a also a healthy respect for the scientific method, for study and inquiry and in the collection of data to show tangible results. I’d like to add that our community should be generous in its references and acknowledgements. Whenever we find examples of others doing similar work or of past work that perhaps was not well known or didn’t catch on, it strengthens our case by acknowledging it.

Recently, I chose to add a section on A3 processes to an article on Lean Software Development published by Microsoft. I did this to acknowledge that others have shown success in developing continuous improvement in organizations in other ways than by visualizing workflow and applying a virtual kanban system (The Kanban Method). Doing so does not weaken Kanban. Instead it strengthens our community and broadens it.

Specific works about the Kanban Method and its usage are the intellectual property of their respective authors. The Kanban Method itself was not invented or designed by anyone. Instead it emerged in an organization, where I as a manager and leader had created a culture for it to do so. My job was to understand what had happened and write it down in a way that others could repeat it. The evidence appears to suggest that I did this effectively.

Adapting the Kanban Method for personal use started in 2008 in various places around the world. The person who captured it and defined it as a method that others could repeat was Jim Benson. Again, I don’t think any one person can claim to have invented Personal Kanban. Instead it emerged as a natural evolution from use in software development organizations.

The definition of the Kanban Method is now controlled by LKU. It is likely that LKU will continue to adopt ideas that emerge from the community and it is also likely that a significant amount of Kanban innovation for the foreseeable future will continue to come from me. This is partly because I have a large back catalog of unpublished material which would appear new to an outsider.

Referencing and acknowledging other similar work and alternative methods to achieve similar outcomes is to be encouraged. It strengths the case for Kanban and grows and strengthens the community. 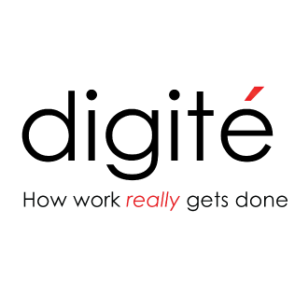