What is CI/ CD? How it Helps Teams Deliver Better Software, Faster

It hurts, doesn’t it? Merging feature branches into the main development branch, I mean. The mere thought of continuous integration and having to go through these merges continually, makes you shudder.

But should it? What if you’d no longer have to go through extended periods of integration and validation before a release?

It is possible. Others are doing without it.

And you can too.

Read on to learn what continuous integration is, how it helps teams deliver better software, faster, how its benefit will ripple through your organization, the practices to follow, and the mistakes to avoid.

Unfortunately, postponing them only makes them harder and more painful. Believe me, Martin Fowler is right when he says: “The effort of integration is exponentially proportional to the amount of time between integrations”.

And he showed, that if you integrated everyone’s changes all the time, each integration would be simple and the pain would melt away.

Yes. All the time.

Let’s clarify what you’re looking at by comparing the old way and the continuous integration way.

Without continuous integration the branches and commits on them in your source control system, look something like this:

This feature branching model as it is known, was and is popular because it gives developers a steady base to build on as each feature branch is isolated from the others. The disadvantage is that this allows changes to the same code to diverge. For example:

Continuous integration addresses this by keeping the time between integrations short.

What is Continuous Integration?

Ideally, you want to integrate and approve every change to your main source code repository. And you want developers to submit their changes at least once a day to the main development branch, preferably more often.

Let’s look at what that means for branching in your source code repository.

With continuous integration, your branching model becomes a whole lot simpler. You still have the two or three basic branches: the “main development” branch, potentially a “release candidate” branch, and the “released” branch.

But you won’t have any more feature branches.

Yes, developers still work in separate branches, but these are short-lived. Just long enough to make and verify the code changes needed to implement a small part of a feature. Then the branch is immediately integrated back into the main development branch and removed.

The main development branch is also known as “the trunk”, giving rise to trunk based development as the name for this way of working.

Continuous integration means that code divergence cannot grow out of control and merge conflicts are few and far between. When they do occur, they’re manageable and the developers involved are still fully up to speed with what they changed. So, collaborating to address the conflict is quick and easy.

When you first start with continuous integration, you’ll hear protests about receiving other people’s changes being disruptive. It’s no fun debugging your code only to find that the strange behavior you’re seeing is caused by changes you just pulled in.

That’s why the approval part of CI is essential. It protects everyone from each other’s slip-ups. By code reviews before integration or as part of a pull request; and through automated tests in the build that’s triggered by an integration commit.

Without the – automated – approval of CI, other continuous practices would be impossible, and Agile development and the close collaboration between developers and operations people in DevOps impractical.

Let’s have a closer look.

What do CI and CD Mean?

All three are central to DevOps and Agile. So, what’s that all about?

What is Continuous Integration in DevOps and Agile?

Practicing continuous integration supports three of the four values in the Agile Manifesto:

Developers like to move fast and make frequent changes. Operations people like minimal disruption to meet their service level agreements. As DevOps aims to bridge that gap, it’s no wonder that continuous integration is a DevOps core practice.

The safety net of automated integration approval allows developers, operations people, and the business they work for to move forward with confidence.

Ok, but what’s the mechanism? What are the methods, tools, and practices used in CI?

How Does Continuous Integration Work?

To start with continuous integration, you need:

So, your rapid feedback had better be good.

You can use all the CI tools you like, but without test-first practices, your rapid feedback safety net is likely to be full of holes.

You need development practices that get developers to focus on verification of what they implement.

The most well-known development practice is Test Driven Development (TDD), also sometimes named Test Driven Design when you truly use a test-first approach and use the friction it creates in writing your tests to drive the design of your software. TDD is the main practice for creating unit and integration tests.

Behavior Driven Development (BDD) takes TDD to the business. Technical staff and experts from the business work together to specify how your application needs to behave. In other words, BDD specifies acceptance tests and uses tools in the continuous delivery pipeline to verify that your app acts as expected.

There are many test automation tools for use with these practices. Frameworks for unit testing, also often used to implement integration tests; tools for automated UI testing; specific BDD tools that combine declarative test specification and automated execution; to name a couple.

To leverage the rapid feedback from TDD and BDD, you want it often. That means every developer needs to be focused on triggering the CI/CD/CD pipeline often by:

Out of Sight, out of Heart
“Energy flows where attention goes”, says Tony Robbins.

So, keep CI results top of mind to ensure everyone stays engaged. Use visualization and have some fun with feedback devices.

The Common Mistakes That Trip You Up

CI poses challenges that can easily lead you to make mistakes and shoot yourself in the proverbial foot.

You Can Do This

Just imagine how it will feel when you no longer have to suffer through integrating separate feature branches to release the goodness in them to your customers.

Just imagine everything you can create for your customers once you’re able to deliver better software, faster.

Just imagine the customer satisfaction and loyalty once you can get their feedback and collaboration earlier than you ever thought possible.

You now know it’s not some unattainable dream. And you now know how to do it.

So get your teams together and start by getting that alignment on what quality means for all of you and what testing strategy you’re going to use to ensure it. 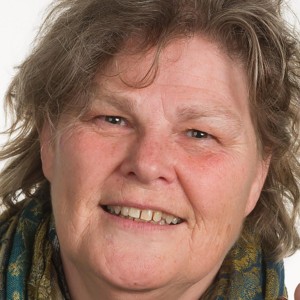 With 30+ years in all corners of software development, Marjan's specialty is writing engaging copy that takes the terror out of tech: making complicated and complex topics easy to understand and consume.